1/3 of a baby’s blood it outside of its body at birth. By waiting 90 seconds before cutting the umbilical cord, it has the ability to….

Delayed cord clamping was something I knew nothing about before studying midwifery. I thought, baby comes out…baby goes onto Mum’s chest…the cord gets clamped and cut. But there’s so much more to it!

Delayed cord clamping (waiting 1-3 minutes after birth) is recommended for all births of well babies, not requiring resuscitation, according to the World Health Organisation (WHO) guidelines (2012). This is something that can be carried out for both vaginal and caesarean births. Simply put, it’s waiting until the cord stops pulsing and blood transfusing to the baby is somewhat completed. WHO reported that 29% of all newborn deaths around the planet, are a result of babies not getting enough oxygen at birth (birth asphyxia). So if you consider the ability to increase your baby’s blood supply…increasing its oxygen carrying components (red blood cells)….it’s something to consider.

1/3 of a baby’s blood is outside of its body at birth- the rest is still inside the umbilical cord and the placenta, the way in which Bub has been receiving its oxygen and nutrients for 9 months. By delaying cutting and clamping the umbilical cord by 90 seconds it allows iron-rich, oxygen-rich, stem cell-fuelled blood to enter Bub’s little body. This has the ability to:

Some people are worried that by delaying clamping, you’re giving baby “too much blood”, and there have been reports that delayed cord clamping causes jaundice. The fact of the matter is that since 1980, according to Mercer and Erikson-Owen’s, there has not been a randomised controlled study to show statistically significant findings in a link between increased jaundice levels and symptomatic polycythemia with delayed cord clamped Bubs.

So why isn’t delayed cord clamping happening all the time?! Personally, I believe the reason behind slow reimplementation of it is personal habit of practitioners as well as ‘patience versus intervention’. Living within a fast paced society, sometimes the hardest thing to do, is not much at all. We, as people living in 2015, are all trained for intervention. No one wanders lost (we have GPS and iPhones), we tap cards to pay for just about everything and have access to information (sometimes too much!) at our fingertips. We’re all about what’s next, what’s easiest, what’s faster, what’s quicker… but what if slowing down Bub’s first few moments, and allowing them the time to take a second to soak up as much nutrients as possible, before they’re officially their own little unit, is the first decision you have to make as new parents? It’s something worth reading up on, and making an informed decision about – and let your midwife of doctor know your view. After all, life is fast paced, should it have to start out that way? 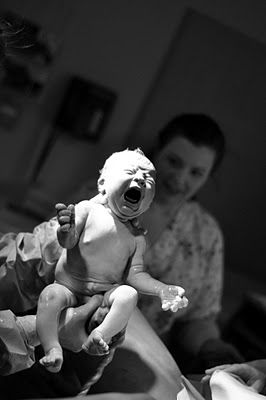 3 thoughts on “The impact of 90 seconds on Bub”

A Little Birdy Told Me Podcast

#challengeaccepted (edited) - @gweena91 nominated me - 💪🏼 @beelzeboobz has a great breakdown of the origins of this challenge. Black and white images are unfortunately seen through the news in Turkey of women lost to murder and violence.
(We all) survived our first week back of shift work. 💛💪🏼
Maternal Labour and Birth Position {upright explained}
•Won’t sharing any content for the next while - there’s so much learning, education and reflection needed as a society, and there are many people more educated and more importantly, deserving of your attention. Instead, I’ll be amplifying these voices.
#blackouttuesday
Childbirth Pain Relief Options :
Little boy is sick today - not much of an appetite.
Yesterday I was meant to post the latest episode for the podcast, a day that I had determined for myself, no other reason.
To all the families that had their babies taken from them, and to the babies that were ripped from their families...for all the mistreatment and brutality...the unjust, undignified and disrespectful characterisations, for all the damage and heartbreak inflicted on a people, today is a day we reflect on our shameful history as a nation and say sorry. Sorry.
Just a little reminder : Checked your Boobs recently? We’re tackling this over on @alittlebirdytoldme_podcast throughout June. #checkyourboobs #cancerprevention #breastcancer #earlydetection #lumpsandbumps
A massage...a kiss...making you laugh...a loving hand on your shoulder; all helping to boost your love hormone (oxytocin), endorphins and reduce fear. ❤️ What an important role the birth support person plays.... Beautiful 📸 by @wovenstudio
Visualisation can be a powerful tool when in labour to help manage the power of contractions.